Is Kratom Legal in New Hampshire?

Kratom legality in New Hampshire: What you need to know

Since this plant started gaining popularity in the United States in the 2000s, it’s come under fire from different industries. Before we find out if kratom is legal in New Hampshire, let’s examine why it faces so many issues.

The Food and Drug Administration (FDA) has objected to kratom use and labeled the plant as a “drug of concern.” The worry is due to incidents relating to unregulated and adulterated products.

The FDA also proposed a complete ban on kratom, which has been pending while they seek more evidence.

In 2016, the Drug Enforcement Agency (DEA) expressed concerns and attempted to classify kratom as a Schedule I drug. Thanks to many citizens coming forward in support of the herb, the DEA and FDA’s attempts have been unsuccessful.

New Hampshire has faced similar issues. Citizens of the state only started gaining awareness about the herb in 2010. Back then, it was still legal on a global scale. In 2016, the state attempted to ban it but was met with resistance from the plant’s enthusiasts.

Luckily, kratom is legal in NH because the state legislature decided to keep it that way. It only prohibits sales to under 18s.

In 2020, the state introduced another bill to ban kratom. It died in committee in September 2020 but was followed by House Bill 333 in January 2021. The new bill aims to regulate the plant rather than outlaw it. As of May 2022, it’s under interim study and still pending. 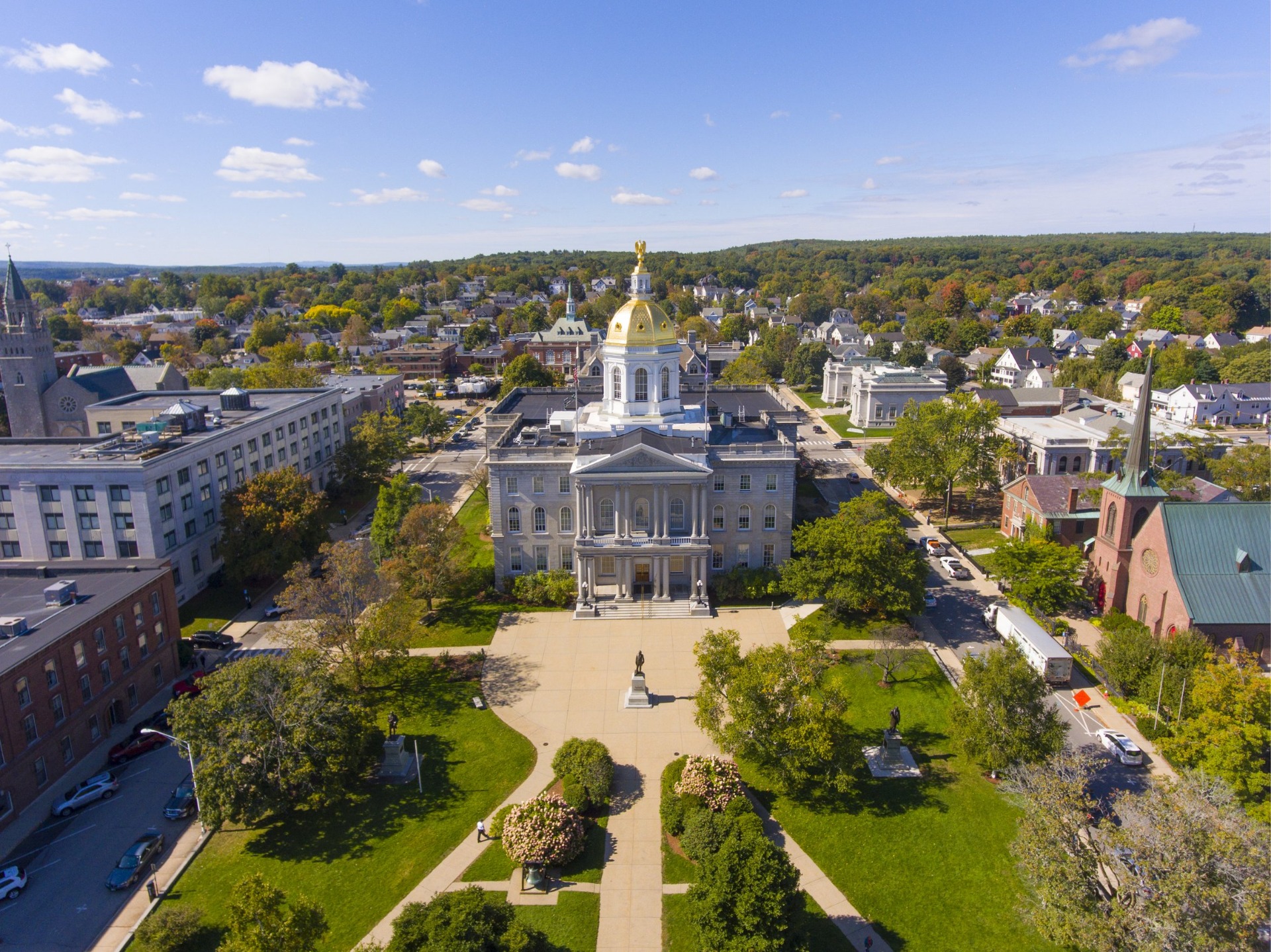 Is kratom banned in Franklin?

In September 2019, the city of Franklin shocked the rest of New Hampshire when it banned Mitragyna speciosa. If you live there, possessing kratom is illegal, and the laws strictly clamp down on buying or selling it.

The ban in Franklin follows several other prohibition laws, known as intra-state bans. Even if kratom is legal in a state, the federal government allows counties and cities to decide on their legislation. For example, it’s legal in Colorado but banned in Parker and Monument.

So, is kratom legal in NH? Yes, you can legally purchase it without restrictions if you’re over 18—unless you live in Franklin. You could face fines and imprisonment for possessing or selling the herb there.

Intra-state bans usually exist when an area has doubts and suspicions about a substance. Because the FDA and DEA have expressed concerns about kratom, some places choose to remain cautious.

American laws are constantly changing. Kratom bills have already seen several updates and amendments throughout the years. The legalities of the plant are subject to change as authorities learn more about it.

Kratom is legal in New Hampshire but unregulated, so people are still at risk when buying it. Most states see this problem and want to implement stricter controls on the herb. Even in places where it’s illegal, there are talks about lifting the bans and regulating kratom.

There are many advocates for the health benefits of this plant. In 2014, a group of activists started the American Kratom Association (AKA). It’s a non-profit organization that aims to make the herb legal and regulated across the US.

The AKA created the Kratom Consumer Protection Act (KCPA), which it’s working hard to get all 50 states to implement. The Act has several purposes:

Is kratom legal in my state? It could be.

Thanks to the AKA and KCPA, we’re optimistic about the future of this therapeutic herb. We’re also confident that Franklin and other cities, counties, and states will drop their kratom bans in the near future.

Where to buy kratom in New Hampshire

Kratom has taken the world by storm as a holistic alternative with several benefits. Thanks to its popularity, you can find it in many places. Smoke shops, holistic vendors, and even garden emporiums stock it, but it’s not always safe to get it from local stores.

Kratom is legal in NH, but it’s not regulated yet. Many incidents occur because of products mixed with unsafe substances or additives. For this reason, purchasing it online from a trusted vendor is recommended.

You can buy quality kratom from our store, which guarantees pure and unadulterated products. Order it in capsule form or consume it as powder, which you can add to your daily drink or favorite dish.

As long as you’re over 18, you get free shipment straight to your door. Join our loyalty program to access exclusive deals and browse our site to find the best kratom strain for your needs.

Discover the benefits of kratom in NH

Is kratom legal in New Hampshire? Yes, it is. As long as you stay outside the city limits of Franklin, you’re free to buy and use this substance.

Head over to Kratom Country and discover the benefits of this beautiful plant for yourself. Whether you’re looking for relaxation, energy, or pain relief, there’s a strain for you.

Stay tuned as we wait for more states to legalize and regulate kratom.