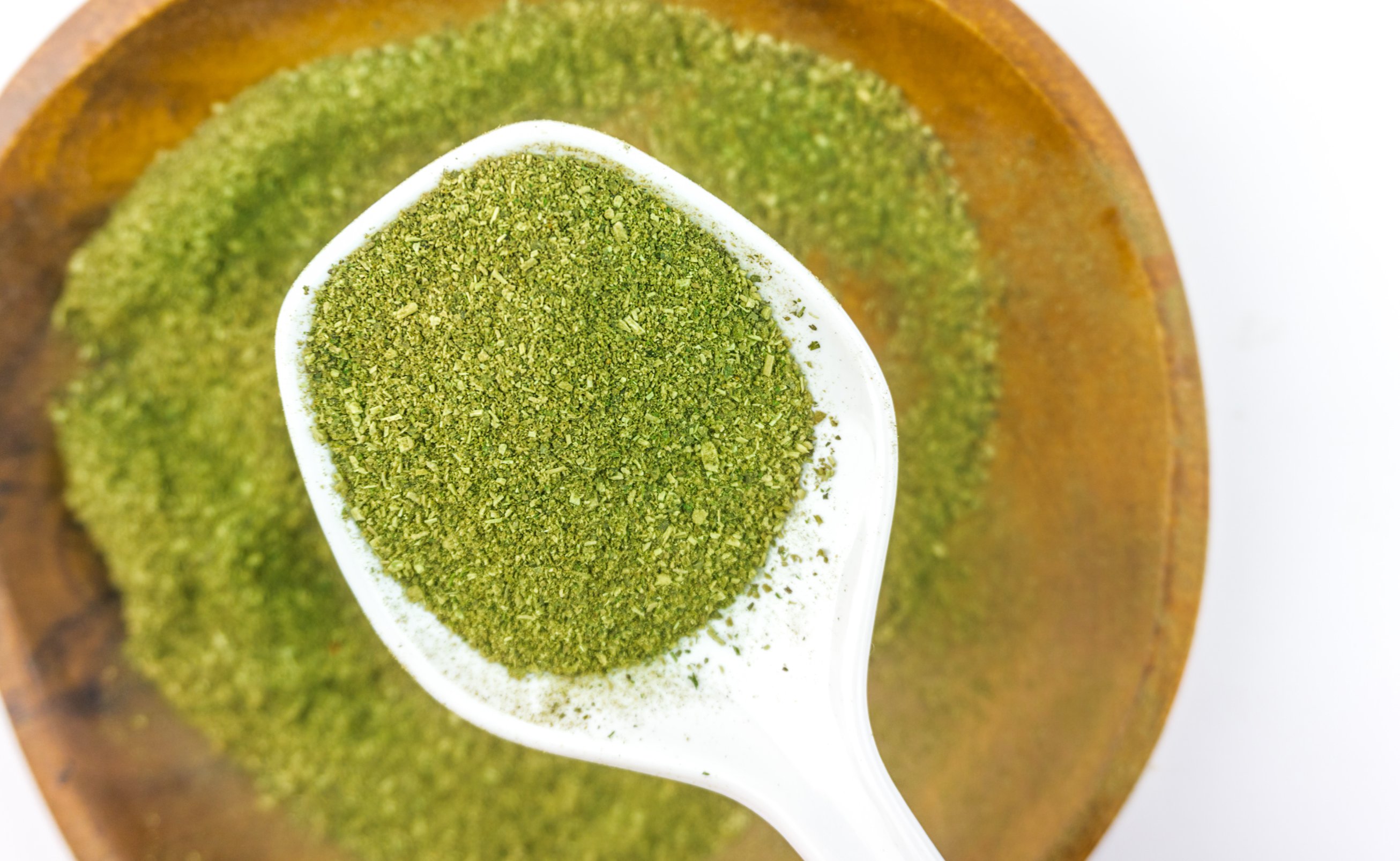 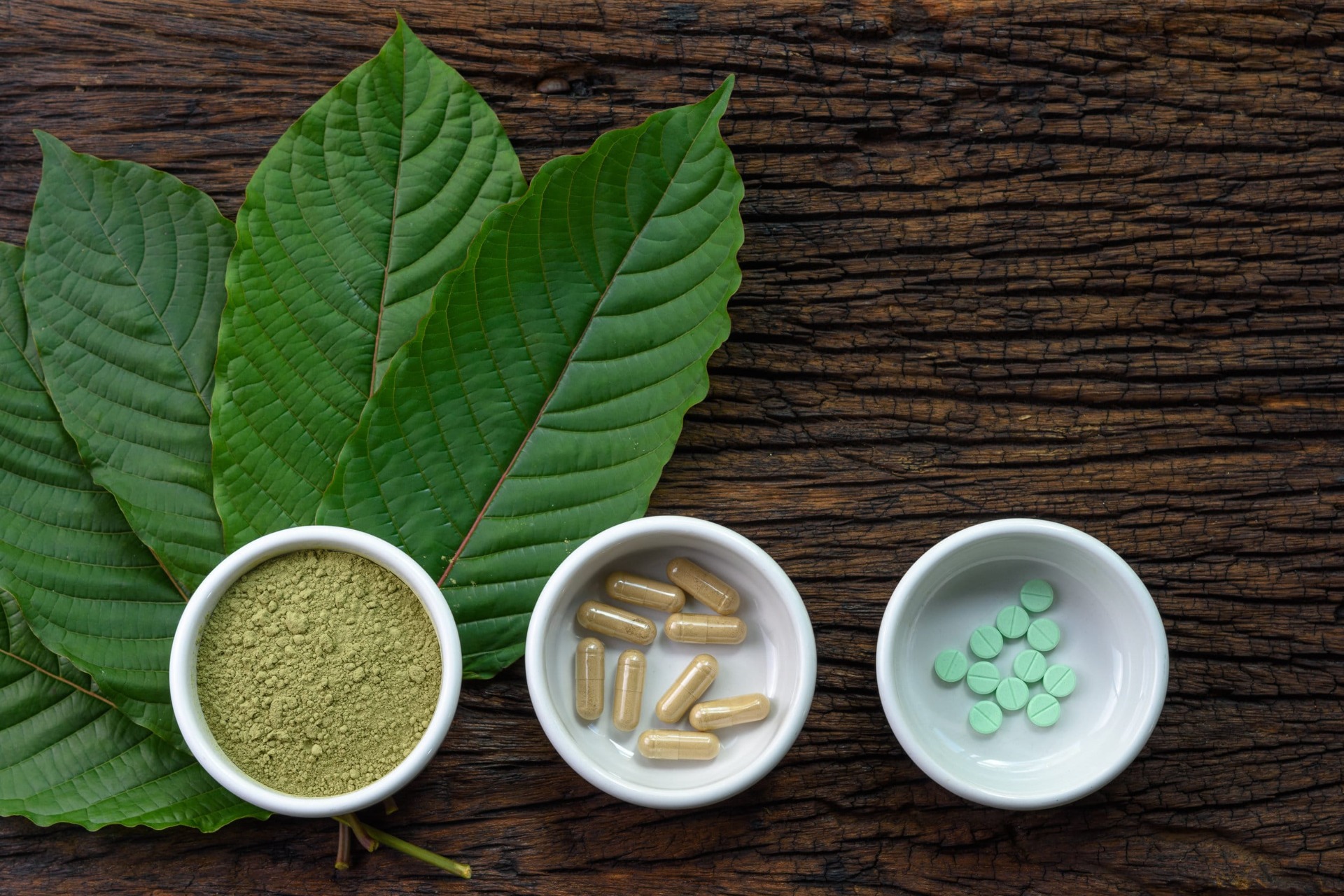 Most people have probably heard some pretty outrageous claims about the positive and negative effects of kratom. Opinions vary widely, and anecdotal evidence splits the consensus. But what is kratom?

There are reports of life-saving escapes from the scourge of opioid addiction, but contradictory stories of swapping opioid dependence for kratom addiction exist. It’s difficult to know what to think.

The American Kratom Association (AKA) believes as many as 15 million Americans make use of the herb, which is legal in most states. Join us as we separate the wheat from the chaff and fully address this intriguing question.

Kratom is a derivative of a Southeast Asian evergreen tree called Mitragyna speciosa, a member of the coffee family. It’s also known regionally as biak, ketum, ithang, thom, or kakuan. Harvesters collect the leaves of this plant which can have mind-altering or psychotropic effects.

Locals of the region know what kratom is, especially laborers in Thailand, Indonesia, and Malaysia, who have used the plant for centuries as a stimulant. They claim kratom increases productivity and combats lethargy.

Kratom is used for helping their weary muscles recover, while others point to mood improvement and pain relief. Originally, users chewed the raw leaves or boiled them to make tea.

Natives also dried the leaves and smoked them, but today, mostly, it’s crushed into a powder. We can add this fine dust to drinks, food, or smoothies.

Many companies measure the highest quality powder into doses so that customers can buy kratom in tablet and capsule form.

Some people even make an extract, which has a notably higher potency. Kratom is used for resins and tinctures. The supplement is legal in most states in the US, and you can readily order it online.

What’s the difference between kratom and marijuana?

They are two entirely separate and different drugs with distinct compositions, side-effects, legality, and methods of consumption.

Kratom doesn’t increase paranoia while cannabis can. This makes a difference for anxiety treatment, which kratom is used for. Others contend the difference is in the clarity of mind of the user. The effects of cannabis can have a significant effect on your brain.

What is kratom used for?

People have used the leaves for medicinal reasons in Asia for centuries, and the rest of the world is starting to catch on too. While the traditional use is more medical, today, it’s also used recreationally. But what is kratom used for?

Low doses of kratom act as a stimulant and promote alertness. More heavy doses can cause the onset of pleasurable euphoria, reduced pain, and sedation. It does this by tricking the body into thinking it’s releasing endorphins.

Scientists found that the psychoactive active ingredient mitragynine, and another called 7-hydroxymitragynine, can bind to the opioid receptors in the brain. This action mimics the effects of morphine and codeine and is precisely why some individuals use kratom for help with pain or opioid withdrawal.

People who want to avoid prescription opioids and those who simply can’t get them have an option. Some users suffering from addiction and hoping to manage their cravings have spoken of great results anecdotally too.

The effects of kratom depend on several factors: 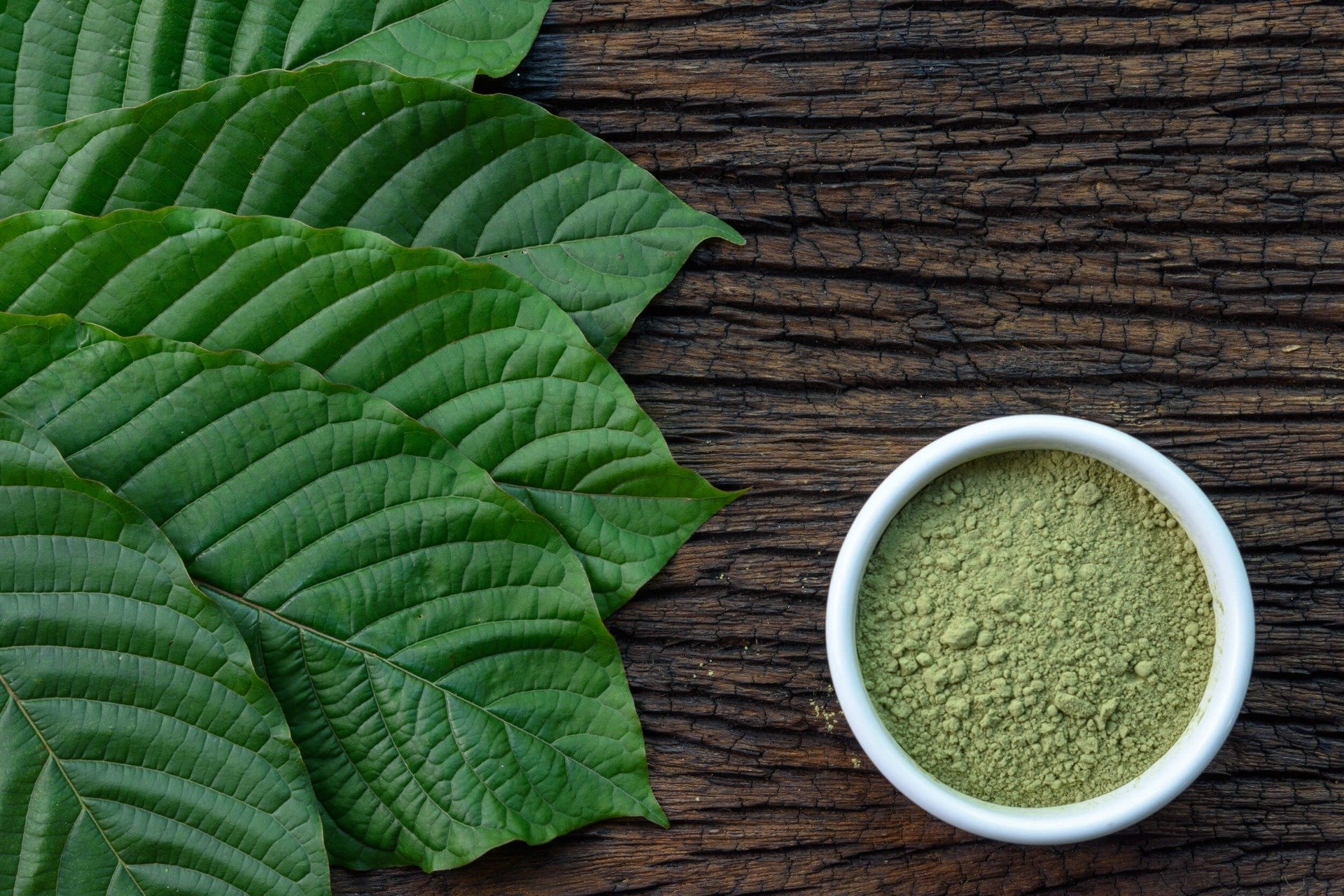 Depending on dosage and strain, effects reportedly take from 5–15 minutes to over an hour to kick in. Users have reported the sensations lasting from a couple of hours to over seven.

Green kratom is a mix of both ends of the spectrum and provides a surge of focus initially followed by extended sedative and pain-killing effects.

A heavy dose aims to provide pain relief, relaxation, and help with insomnia. It may also bring on an intensely pleasurable feeling of euphoria. Muscle-relaxing and anti-inflammatory properties also mean some people include it in the treatment of fibromyalgia.

Kratom is also used for the treatment of depression and bipolar disorder. Some users swear by its effectiveness in treating sleeping disorders like insomnia. Others use kratom to deal with anxiety and reduce stress.

What's the difference between different types of kratom?

There are three different colors or kinds of kratom, and the variation occurs due to the time of harvesting.

Leaves harvested early have white veins and are called white kratom. Later in the season, the veins turn green. If the farmers wait longer still, the leaves turn red.

What’s the difference between different types of kratom? White kratom is mostly stimulatory, with limited sedative effects. Green kratom is the middling variation with a fairly even split between stimulation and sedation. Red kratom has the greatest sedative and pain-killing effect.

Check out the table below to see the difference between each kratom type.

So we know what kratom is and what the difference between different types of kratom is. Now we get even more specific, focusing on three of the most popular kratom strains. 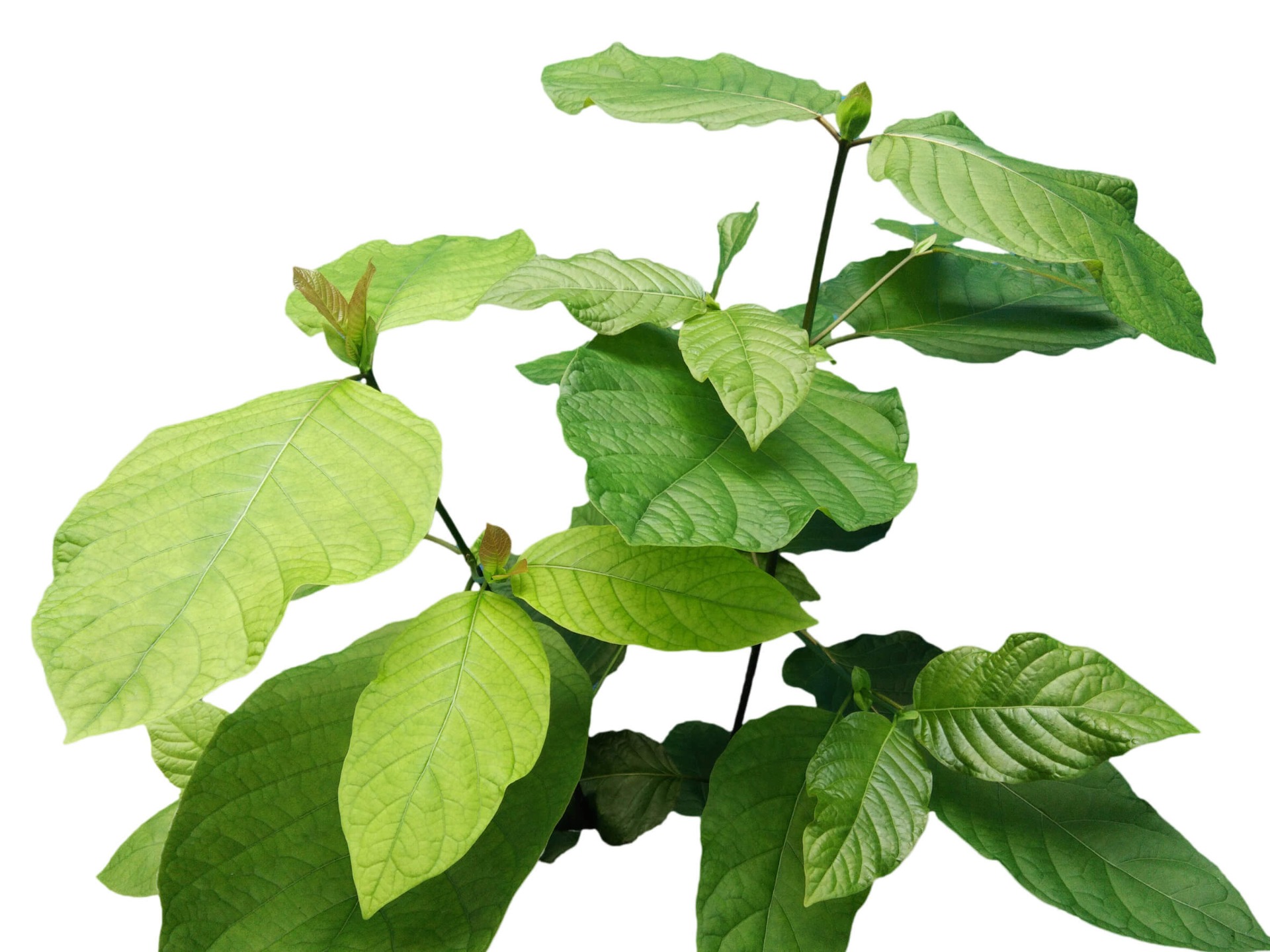 Maeng Da kratom is different to other strains as farmers breed it through a process called grafting. This method splices different plants with complementary properties to form new, more potent strains.

Red Maeng Da originated in Thailand and is one of the most popular strains available. Later, it was grafted to an Indonesian strain to create a more-powerful cultivar. It can lift optimism, relieve stress, and provide a balanced calm.

Red kratom is often used for fighting addiction by those who hope to quiet withdrawal symptoms from strong opioids. Some use it to treat alcohol withdrawal, too. Maeng Da roughly translates to ‘pimp grade’ in Thai, and it’s generally the most potent of all kratom strains.

Green Malay kratom is one of the longest-lasting kratom strains, with effects enduring for up to seven hours. As a green leaf variety, this Malaysian strain combines the best of both extremes.

At low doses, this strain can create energy and focus. At higher levels, it can help with anxiety and is excellent as a sedative. This gives users both a stimulating and a relaxing effect.

White kratom is the way to go when you’re looking for energy enhancement. It’s a much lighter and more stimulating strain, and many people use this kratom for a morning pick-me-up, not unlike coffee.

White kratom is used for stimulating your creative juices and maintaining concentration. Another positive is the absence of a subsequent crash, as the effects naturally ease.

The supplement has become one of the hottest current topics as people learn what kratom is. The curiosity grows as they hear what kratom is used for. Much is still unknown, but we address what we do know by answering a few of the most common questions we hear:

Kratom is legal in the majority of the United States, and you can order it online. Six states have outlawed it—Alabama, Arkansas, Indiana, Rhode Island, Vermont, Wisconsin, and Washington DC.

Kratom is legal under state law but banned in some cities and counties in California, Colorado, Florida, and Mississippi. Many other states have legislation pending.

It’s a controlled substance in some countries in Europe, while Thailand, Malaysia, Japan, and Australia have restricted its use.

Is kratom safe to use?

The FDA has said there are no approved uses for kratom at present. Scientists need to administer further trials in order to gain more verifiable, empirical data on kratom’s effects.

The industry requires greater oversight of quality, growth, production, and distribution. In this way, customers are protected and can be sure they are getting the finest quality and freshness.

Kratom has been used safely for centuries by locals, though. Sticking to recommended dosages and using the supplement responsibly are important. Doing so ensures your kratom experience is pleasurable, pleasant, and positive.

Does Kratom have a future?

What lies ahead for kratom is an interesting question. While some lawmakers indicate they prefer banning the supplement, others are calling for regulation. Banning may remove an option from people hoping to avoid pain medication containing opioids.

The current lack of regulation means users can’t be sure of what they’re getting, even from reputable suppliers. Regulation would ensure improved quality control and safety for consumers.

The trouble with kratom is its effects haven’t faced conclusive studies in a laboratory setting as yet. While kratom has been used for centuries in Southeast Asia, few specialized trials have empirically tested the claims of this plant’s uses.

Trials are urgently needed to assess the safety, efficacy, and utility of kratom, as its popularity shows signs of surging.

Is kratom right for you?

Now we know what kratom is, what kratom is used for, delved into the effects, and focused on three favorites. Now you have all the information you need to make an educated, informed decision.

The three different types of kratom each have their own uses and benefits, so choose the one you think matches what you’re looking for. When buying the supplement, make sure you place your trust in a reputable manufacturer and supplier with pure, fresh, lab-tested kratom.

Kratom Country covers all these bases and is your one-stop kratom shop. We’re individuals, and one size doesn’t fit all with this supplement. Kratom Country, however, is the one place that cares for and caters to all personalities and fills out all your needs.

If kratom sounds like it has the potential to help you, click the link, and see for yourself!