Is Kratom Legal in My State?

You may have heard about it in the news or from a friend, but what is kratom exactly?

Kratom is a herb extract from the tree Mitragyna Speciosa, native to Southeast Asia. Locals discovered that it had therapeutic effects when chewing the leaves or brewing tea with them. It helped them fight fatigue at work and had healing properties too.

Fast forward several decades and legal kratom in USA is gaining popularity. It entered America in the late 1990s and started making waves in the 2000s. Once people discovered its therapeutic applications, they opted for it over mainstream medicine.

Kratom leaves contain alkaloid compounds mitragynine and 7-hydroxymitragynine. They produce uplifting, calming effects when they bind to receptors in the brain. These receptors are the same ones affected by opioids but don’t be alarmed. Kratom isn’t an opioid drug.

Some people treat opioid addiction and withdrawal with kratom. The plant’s soothing effects can help relieve uncomfortable symptoms like sweating, shaking, and pain. 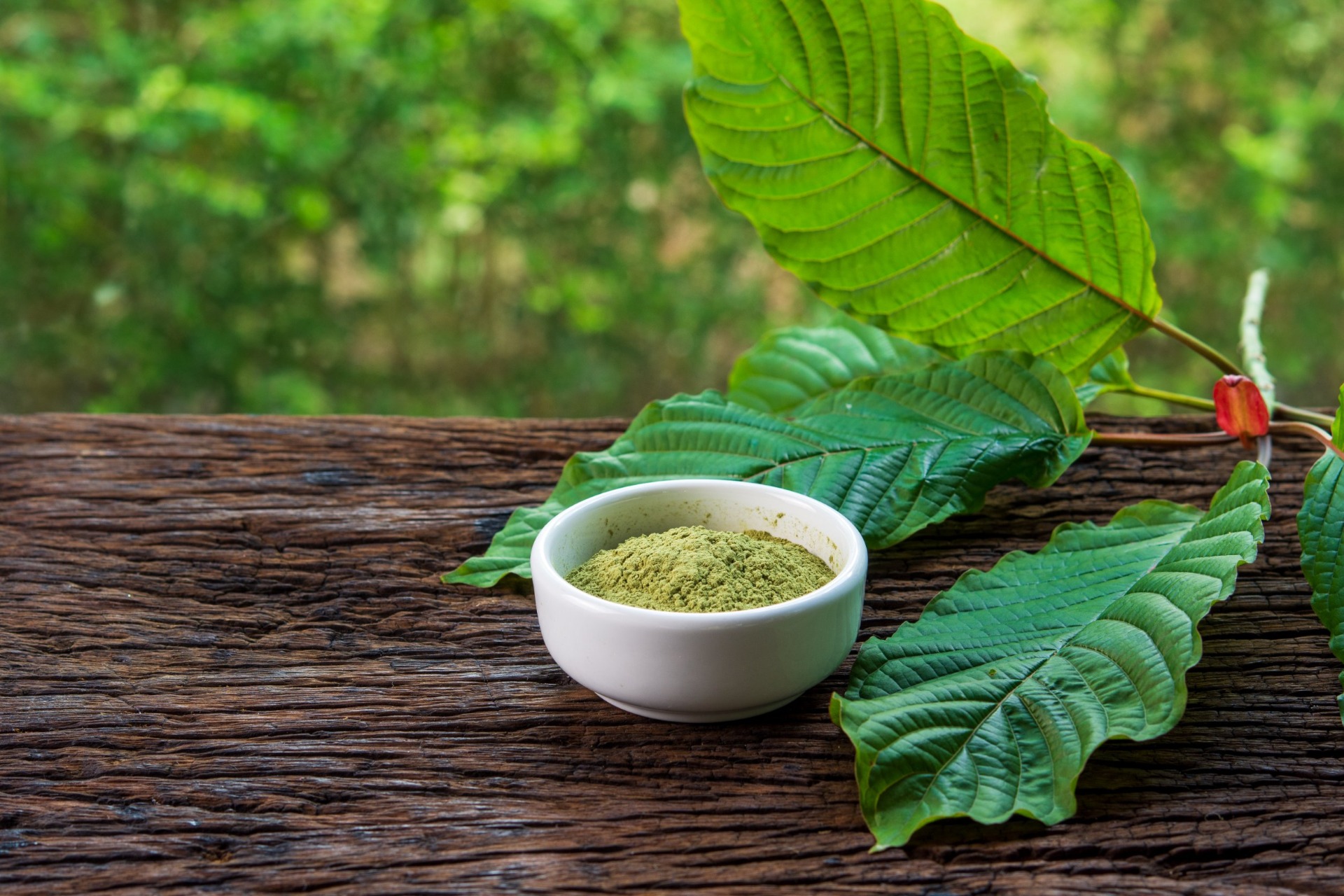 In places where kratom is legal in the US, some people like using kratom for either therapeutic or recreational purposes.

Personal dosages become slightly more complicated as they depend on other factors:

Finding the correct dosage of legal kratom in America is dependent on what effects you want. Start with the lowest dose if you’re using it for the first time. Take 0.035 oz. and see how you feel.

Wait at least 45 minutes before taking more, and increase your dosage very slowly. It’s vital to remain aware of your reaction and judge which amounts of kratom affect you. Once you’re comfortable, you can gradually take more to achieve the desired effects.

There are three main types of kratom, which have differing effects:

Now you know how kratom can benefit you, we know you’re wondering, “What states are kratom legal in 2022?” Let’s look at the legality by state.

Is kratom legal in the USA?

The Drug Enforcement Administration (DEA) attempted to classify kratom as a Schedule 1 drug in 2016 after concern over kratom-related incidents. Since then, there have been worldwide debates around whether the plant is safe and if it should remain legal.

Before 2016, the DEA and Food and Drug Administration (FDA) listed kratom as a legal herbal substance. They haven’t classified it yet, so it remains legal in most American states. However, US federal laws allow each state to decide whether or not to ban or regulate it.

You can read more in the FDA report on kratom. They gave a warning to anyone who uses it, stating that they encourage more research on the plant. Sound familiar? They’ve given warnings on cannabis in the past as well.

There are some complications surrounding kratom legality where intra-state bans exist. In this case, even states in which kratom is legal may ban it in specific cities. The reasons for these bans range from suspicious reports in an area to uncertainty about the FDA’s stance on it. 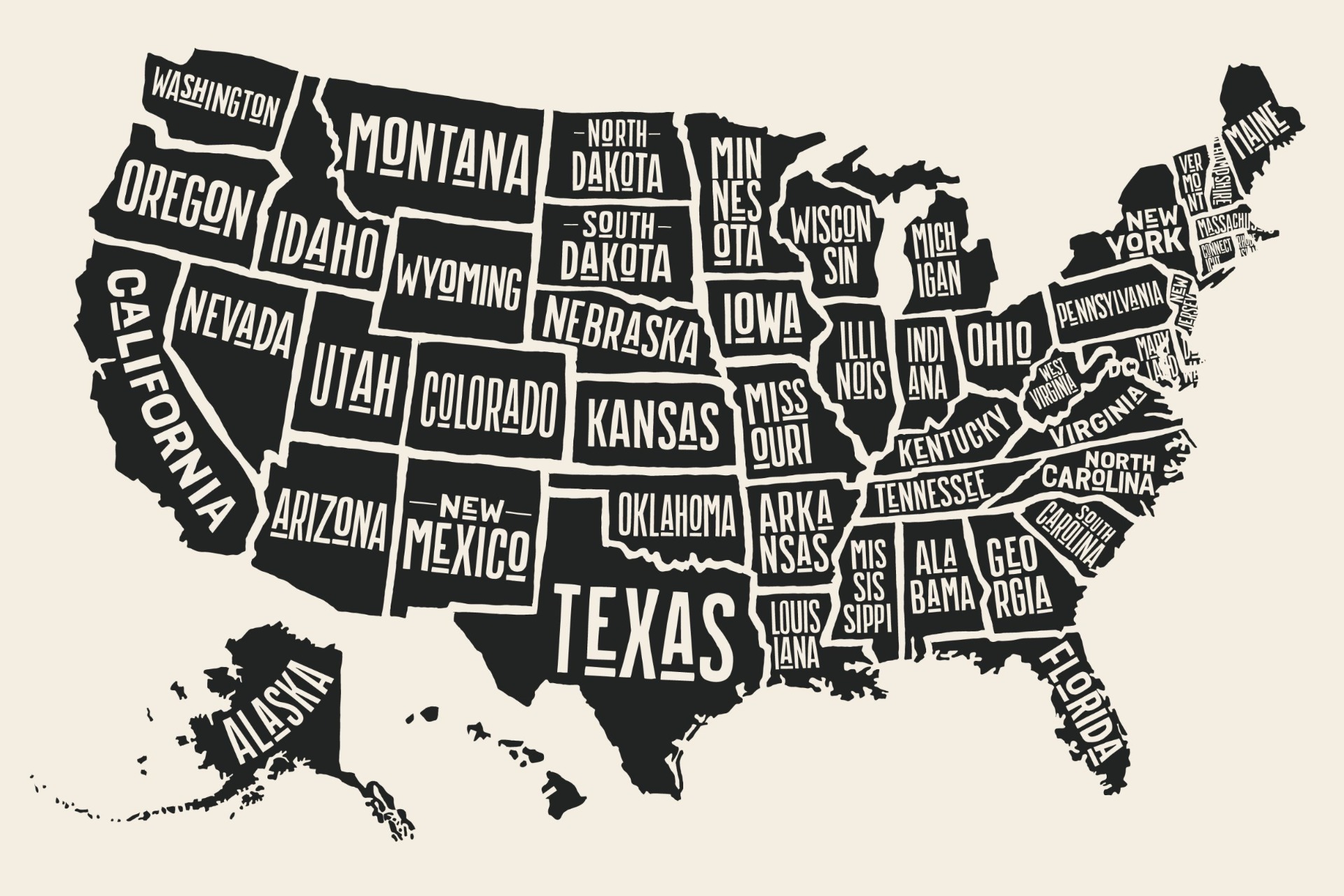 Kratom legality is a gray area, and laws constantly change. Just look at the history of cannabis and how far we’ve come since more proof has emerged about the plant’s benefits. Since kratom is relatively new compared to cannabis, the legalities are still up for debate.

Is kratom legal in all 50 states?

At the time of writing, the following states have completely outlawed kratom:

These states banned kratom either by legislation or by prohibiting the two primary alkaloids via the Department of Health. The Office of Legislative Research released a list of these states and reasons for specific kratom bans.

For the most part, kratom is legal in United States, and several places allow citizens to buy it without restrictions. Some states implemented the Kratom Consumer Protection Act (KCPA), which advocates created to allow adults access to safe and legal products.

The KCPA continues to research kratom extensively and aims to bring attention to its safety. Vendors need to test their products in countries that have implemented the KCPA to ensure it remains untainted. It also protects adults who want to use the herb freely.

Let’s go over other states where kratom is legal or specific regulations exist.

California is one of the states where kratom is legal in the US, except in Oceanside and San Diego. These cities released a list of synthetic compounds they decided to ban due to reports of abuse and potential danger. Among this list, unfortunately, was kratom.

We can’t say whether kratom will become legal again in those areas, but we remain hopeful. You can use it without legal repercussions if you live in other parts of California.

Kratom is legal in US state Colorado, where you can buy, possess, and consume it except for three cities:

Kratom is legal in the Sunshine State, just not in Sarasota County. They passed a local ordinance in 2014 classifying the plant as a designer drug. The law made it illegal to possess or sell it within Sarasota.

Possessing the plant in Sarasota could lead to a fine of $500 and up to 60 days of jail time. In the rest of Florida, like other states where kratom is legal in US, you can freely carry, use, and sell it.

Kratom is legal in Illinois for people over 18 years old, except in four cities where it’s banned: Alton, Edwardsville, Glen Carbon, and Jerseyville. The Illinois House Bill 5526 allows the purchase of it in most of the state but expressly prohibits underage sales.

Kratom legality in Mississippi is complicated, and the laws are constantly changing. Keep an eye on your local news to stay up to date with these laws. Mississippi has 82 counties, and even though it’s legal in the state, several counties have banned kratom:

While this list may be overwhelming, kratom is legal in the United States and other areas of Mississippi.

The American Kratom Association hopes to get Mississippi to pass the KCPA so citizens may gain better access to kratom. Unfortunately, there are other proposed bills to ban it at the state level, but they haven’t taken effect yet.

For now, if you live outside of the cities and counties listed above, you may legally purchase kratom for personal use.

Intra-state bans on kratom exist within New Hampshire for the city of Franklin. You can legally purchase, consume, and sell the plant in the rest of the state if you’re over 18. There are plans to regulate it in New Hampshire instead of altogether banning it.

Oregon has faced complications with kratom legalization as well. The state has faced a few issues with adulterated products. In 2018 there were incidents regarding the substance that led to a salmonella outbreak. In 2019, they found it tainted with heavy metals.

Due to the adulterated kratom, there were several proposed bills to regulate or ban it. In June 2022, Oregon governor Kate Brown finally signed House Bill 2646 (presented in January 2021). She also implemented the Oregon KCPA.

What states is kratom legal in?

The following states have kept kratom legal for consumption, sale, and possession. Some have implemented the KCPA and age restrictions of 18 or 21.

Kratom is unregulated and unrestricted in some states. Anyone can buy, sell, possess, or consume it freely. Most of these have pending bills to either regulate the substance, implement the KCPA, or ban it altogether.

In these states where kratom isn’t regulated yet, it’s vital to ensure you get it from a reputable source. Until the KCPA reaches them, consumers risk the possibility of buying and consuming an adulterated product containing harmful additives.

In the states where kratom isn’t restricted, most vendors will only sell it to people over 18 or 21.

What states is kratom legal in and unrestricted?

American law is constantly changing. Keep an eye on announcements in your state, county, or city to stay up-to-date with kratom legalities.

Future predictions of kratom in the USA

With many proposed bills and controversy surrounding kratom, “is it legal in USA?” is a question that people ask often.

While we understand you may be uncertain about kratom’s future legality, there’s hope.

Firstly, the American Kratom Association (AKA) is a group of advocates working hard across the US. They started the AKA to ensure continued legal and regulated access to the plant across the country.

The AKA aims to continue proving the benefits of kratom and stopping false information from spreading. Many of the concerns around the plant come from unregulated and adulterated products.

Secondly, the American Kratom Association created the Kratom Consumer Protection Act (KCPA), which several states have already passed. The KCPA emphasizes that consumers should have the right to purchase safe, 100% natural kratom legally.

With these factors in mind, future predictions for kratom in the USA are optimistic. Even in states where it’s banned, the laws could change in its favor as more people learn of its benefits.

Where to buy kratom in your state

If kratom powder is legal in your state, the next step is to buy it from a trustworthy, reputable source. Several places, including smoke or vape shops, holistic retailers, or specialty stores, stock the substance. The best place to buy it is online.

At Kratom Country, we implement a five-step process on all products to ensure you get pure, unadulterated kratom. When you buy quality kratom from us, we offer free shipping to legal kratom states with a 30-day money-back guarantee.

Join our loyalty program for exclusive deals, and keep an eye on the site for updated kratom news.

You can buy kratom pills or pure leaves and make tea with them. The substance tastes strong and bitter, so most people prefer to wash it down with a flavored drink. Some people add it to their food, while others chew the leaves raw.

Working toward a holistic future

Is kratom legal in all states?

Unfortunately not, but with the help of the American Kratom Association and the Kratom Consumer Protection Act, it’s possible. The laws could go two ways, but the future looks positive thanks to recent advancements in acknowledging holistic alternatives.

Many of the proposed bans on kratom haven’t been successful. There’s been more success in regulating the plant so that harmful incidents stop occurring. If all the states work together in clamping down on unregulated products, we could see total legality in the near future.

For now, if you live in a state where it’s already legal, order without fear from Kratom Country. Once you receive your leaves, powder, or pills, you can start enjoying the benefits of kratom today.